The Story of Ashley- A family reunited 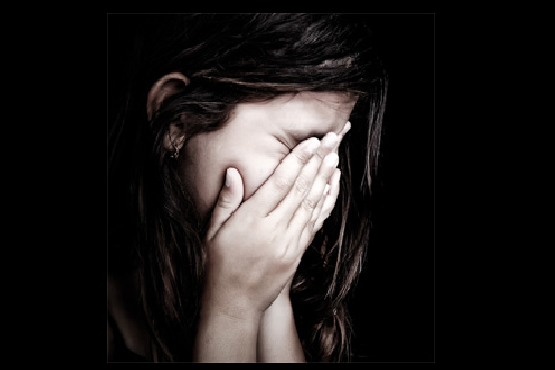 The following story is not an isolated incident. Scenes like this are happening daily in central Illinois and nationwide, with estimates of over 2 million homeless or runaway youth each year across the country. And the numbers continue to rise. While you may think runaway youth in Illinois is just a problem in the larger Chicago metro area, research by the Chicago Coalition for the Homeless shows that, per capita, youth runaways and homelessness is equally prevalent in places such as Peoria, Rock Island, Springfield and Champaign.

In fact, The Center for Youth & Family Solutions has one of the largest emergency crisis response programs for runaways in central Illinois, taking over 1,000 emergency calls regarding troubled youth in crisis each year. Our 24-hour, on-call response program responds to calls from police stations, schools, churches and other community providers who have identified a teen on the run, locked out, homeless or who has severe family conflict and behavior problems. These kids are on the brink ending of up in prison, youth treatment institutions, foster homes, mental health units, simply living on the streets, or worse.

It was 12:43 a.m., late on a warm spring night, when a crisis call came in to the 24-hour Emergency Runaway Crisis Response line of The Center for Youth and Family Solutions from the local Police Department. “Ashley”, a 15-year-old female, had been brought into custody by the Police after she had been found walking on the bike path by the river after curfew with several other older youth. When questioned by the police about why she was not home, she explained she had no place to go and had been locked out of her home by her mother and her mom’s boyfriend a few days ago. She was brought to the station and the On-Call Crisis Intervention caseworker “Melissa” from The Center for Youth and Family Solutions was called by the police to help assess and resolve the situation with the family.

When the caseworker Melissa arrived at the Police station, “Ashley” was withdrawn and in tears. She was hungry, tired and had been gone from home for two nights. She stated that she had been moving around between friends the last few nights, and had been having many heated arguments with her mom for weeks since mom’s new boyfriend and his two children had moved into their house. She claimed he had a drinking problem and was verbally abusive to her. She claimed that Mom had kicked her out after the last argument. She had been suspended from school recently, due to some truancy and behavior problems. She wanted Melissa to find her a new place to live.

But something was not adding up. The Police records showed that “Nancy,” Ashley’s mother had called in to report her daughter as a runaway two nights ago after she did not return home. Ashley’s mom came immediately to the Police station, tearfully relieved her daughter had been found. The CYFS crisis worker needed to find out what was really going on…….

As Melissa listened to the story of this family, it was clear that there had been many recent changes and that there was much confusion, uncertainty and anxiety about the new family arrangements. Mom’s longtime boyfriend of two years, “Ted,” had recently moved in with his two boys, aged 11 and 7. Nancy had been divorced from Ashley’s father 6 years ago. She and Ashley had made a life together on their own during this time. Ashley’s dad was out of the picture long ago, and had stopped visiting her three years ago. Ashley had been doing well in school and at home for some time. She had gotten along well with Ted and liked him when he began dating her mom.

When Ted moved into the home, things changed. He wanted to start taking a parental role with her, and was a lot stricter. He had more rules than mom. Mom seemed to have less time for Ashley now, and was spending more time with Ted’s boys than her it seemed. mom kept changing her mind about rules in the house as she talked with Ted. mom and Ted sometimes had parties on the weekends with other adults and their children coming over.

Ashley felt more and more alone and left out. She was starting to struggle with peer relationships at school. She and mom began fighting over little things daily and the arguments became worse. Ted was angry about the constant fighting and began to yell at both mom and Ashley more and more.

Two nights ago after another argument over her curfew time and her recent school problems, Ashley simply decided to not come home. After nearly two hours of talking with the CYFS caseworker Melissa, Ashley went home with her mom at 3 a.m., with the agreement to continue family meetings the next day and in the coming weeks to find solutions to the struggles they were having.

The work with the family began in earnest the next day. Melissa met with the whole family and there were disagreements and confusion over rules in the household. It was also clear that Ashley was struggling with how to handle all of her peer relations as a sophomore in high school because things seemed to be changing fast with her and her friends. Many of her friends were now dating and some were experimenting with alcohol and drugs. She was confused. Most of all, Ashley felt disconnected from her mom during all of the changes. Even though she was growing up, she needed her mom more than ever sometimes. It became clear that her problems, acting out and fighting were in many ways an indirect plea to pull mom back into her life, even if it was in very unproductive ways.

The family was referred to a Family Therapist from The Center for Youth and Family Solutions to begin working carefully through all of the changes and to get stability in the home. The Crisis caseworker Melissa continued to meet with Ashley and her parents, and also met with the school counselor and social worker to arrange counseling for Ashley at school. Within a few weeks, the situation had been stabilized. Rules were worked out that were clear and agreed upon by both parent figures and were clear for all of the children. Mom and Ashley began to arrange special times together for the two of them to assure that they were remaining connected as mother and daughter during all of the life changes.

Ashley gradually became involved with a different group kids at school who were involved in more positive activities and making better decisions. She joined the cross country team, and began helping younger grade school kids at Sunday school at the church the family had started to attend each week.

While life was not perfect as Ashley and her mom and Ted still bickered often over rules, and Ashley still thought that Ted’s young boys were annoying to her and her friends, the family settled into a stable and productive routine. They now had the tools and belief that they could work through issues. After three months of casework, the Center for Youth and Family Solutions caseworker closed the case and congratulated the family for working together to find solutions to their problems as they made a new family together. A child and family headed for disruption and a lifelong path of difficulty was now on the right path together.