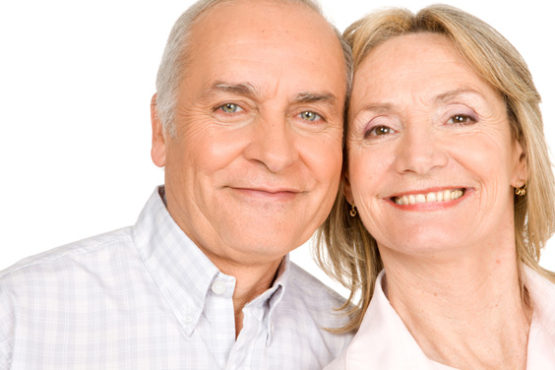 In our popular culture and media, we often get bombarded with a barrage of commentary and statistics proclaiming the untenability of the marriage institution in today’s society, and a divorce rate of 50% or more. These statistics are actually inaccurate due to confusing methodology (it is actually somewhere between 30-40%), but it is undoubtedly true that marriage and its stages of change and development are a challenge for all couples – even for those that typically have done well together. At The Center for Youth and Family Solutions, our therapists are relationship experts with specialized training in relationship, marital and family counseling.

The story of Bill and Claire

Bill and Claire had been happily married, by their own definition, for 27 years and had raised two children who were now on their own and doing well. Their youngest daughter, Sara, just graduated from college and was taking a new job in a nearby city. The independence of their children in itself was an achievement to celebrate, and a statement of their bonding and teamwork for which they were quite proud.

Life after children, however, was not turning out quite how they had planned. After years of teaming as parents and both working full time, they were now facing the colloquial “empty nest syndrome.” This is a very common, challenging stage in the family life cycle for couples and families. Parents need to learn how to reconnect. Their adult children need to establish independence and they cannot become overly concerned or get off track by worrying about their parents while they are trying to figure out their own lives. It is an exciting phase for new opportunities and growth, yet a risky time for families.

Bill and Claire were frustrated. They were spending more and more of their free time away from each other, pursuing their own interests in parallel lives. The new freedom and independence of a house without kids was becoming too much of a good thing. They were having trouble with meaningful communication and engaging with each other in their new life. They felt lonely even though they were with their partner of decades. Bill began to abuse alcohol on a nightly basis. Claire began to show some of the initial signs of depression. Conflict was increasing.

They decided to seek counseling when their wedding anniversary arrived and they weren’t sure whether it was something worth celebrating. After checking around at several different counseling agencies and clinics for someone specifically trained in marriage and relationship counseling, they began therapy together at CYFS.

Their therapist, Amber, began with a relationship history to learn their story, their strengths and their weaknesses. Hopefully, Amber could help them build on the foundation of their many successes over the past 27 years. Bill and Claire felt comfortable as Amber did not take sides. She listened and supported both of them.

The process of reviewing the story of their life together helped them feel closer to each other again. When couples are in some turmoil or distress, it is often hard for them to keep the larger picture in view. They don’t see that they came together and have stayed together for many good reasons, and have many strengths to build upon. She also identified with them where they had stopped supporting each other in ways that had helped them be successful in the past as they entered this new stage of their lives.

One simple change was establishing more structured time to simply make sure that they talked to each other. In their past, they were in constant contact over various child management and family organizing tasks. They had been able to keep their connection with each other more easily. Now, they needed to plan their time more. They made sure to eat dinner together almost every night so they could share their emotions and experiences of what had happened that day. They agreed to take walks on Saturday mornings together to make sure they had time to bring up any important issues. This helped them assure that issues did not get shoved aside to fester over time, allowing anger to build their issues into bigger problems.

Marital counseling helped the couple by structuring these opportunities for them and most importantly to learn (and relearn) how to express their anger and affection in a meaningful way. It is often said- a couple needs to know how to fight and how to show affection to stay together.

They began to talk about their hopes for the future for their lives together now. They learned how to better express their frustrations in a non-attacking way. Underneath it all, it was clear that each of them still valued and respected their partner, but they had not been showing this affection, or sharing those feelings very much anymore. Plus the rules had changed over time. They needed to learn the way that each of them wanted to be supported and loved at this stage in their life. It was like learning a new language for each of them in some ways. They each had changed and evolved over time in the course of 27 years.

They identified dreams they shared together and also ways that they would gladly support the other in growing individually. They began to plan to travel more together, something they always wanted to do but had not had enough time or resources to do. They volunteered together at a local food pantry to do something for others in their community.

They began to spend more time with other couples they had not connected with enough in recent years. They made new friends at their church. They found out that their friends were going through similar soul searching and changes in their marriages. They were not alone. In a strange way, they were courting again and recommitting to each other.

They were especially not alone as their therapist Amber remained a consultant for them over the course of three months, and then was available to them as needed for the next few months. Marital Counseling at CYFS typically takes place over a few months in about 10 sessions. The goal is to help build the skills to achieve solutions and to have the couple manage their life on their own as soon as they can.

Bill and Claire do check in with Amber from time to time these days, but simply to report that they are successfully creating the next chapter in their life together. Through their hard work and commitment to listen to each other, they were making the transition to this new stage in their life.